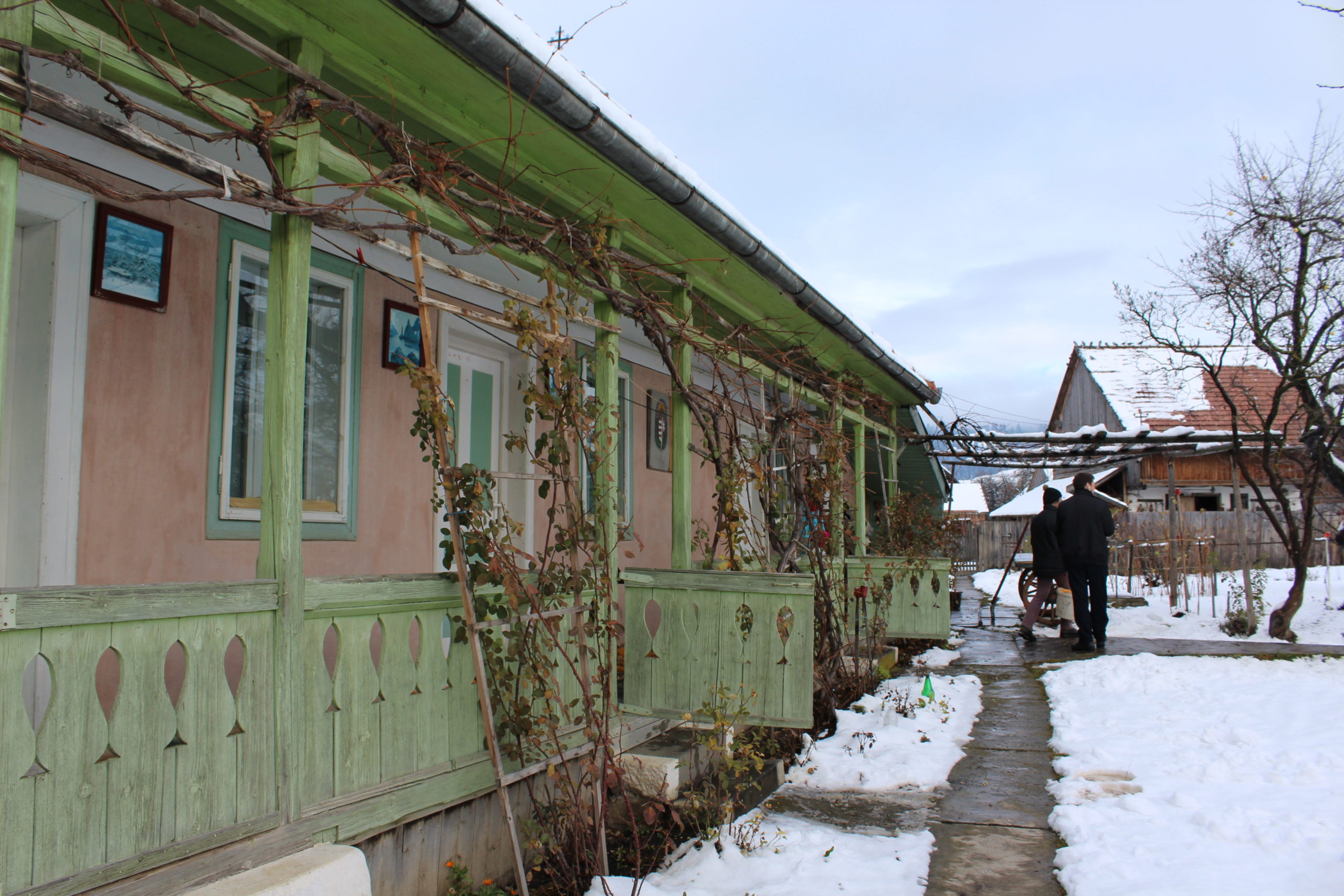 Șoimeni (Csíkcsomortán), part of the municipality of Pálfálva, is situated on the eastern edge of the Central Ciuc Basin, north of Șumuleu-Ciuc (Csíksomlyó), in the valley of the Aracs and Remete streams. The village is situated at an altitude of about 740 m above sea level, only 5 km away from Csíkszereda (Miercurea Ciuc). The climate of the village is characterised by long and cold winters, short but relatively warm summers, and frequent fog in autumn and spring (60-70 days/year). It covers an area of 85,27 ha. The economic profile of the village is mainly livestock farming and wood processing. The village still has a number of folk crafts, and is one of the places where traditional woollen weaving and dyed woollen carpets are still a local feature. At one time these areas were the property of the Csomortány family, hence the name of the village. The inhabitants of Csomortán took part in the battles against the Tatars in the 14th century, and the wooden cross in the Aracs valley, 3 km from the village, commemorates this battle.

In terms of the shape of the village, Csíkcsomortán is a cluster village, with long plots that dominate the village structure. The main axis is east-west, the dominant axis of the village, from which the winding side streets branch off with dead-end streets. The dead-ends of the side streets are tangible reminders of the former large family expansions. The village is subdivided into the units of Alszeg, Középszeg, Felszeg and Zsombor.

The most important landmark is the church, located at the northeastern corner of the village, above the average grade, dominating most of the adjacent perspectives. The placement of houses on the parcel is mostly street frontage. The barn is arranged transversely, dividing the yard into two sections. Other farm buildings are located in the setbacks of the house, or on the street frontage, particularly the oven (summer kitchen).