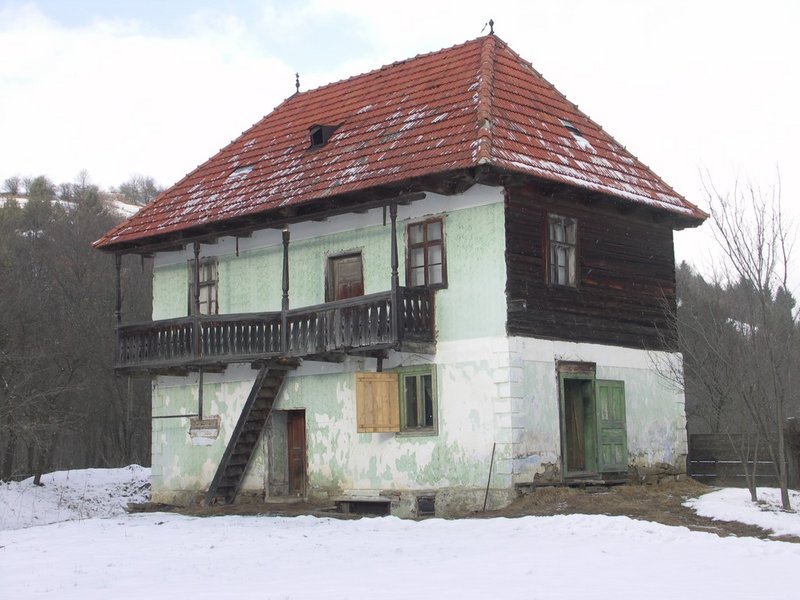 Plăieșii de Sus (Kászonfeltíz) is situated on the banks of the Kászon stream, between a clayey moor and the Hosszúgye. It is the northernmost of the villages of Nagykászon, and is organically linked to the village centre, Plăieșii de Jos (Kászonaltíz). The settlement is mostly uniform, with a few farms scattered up the stream bank. From the hills surrounding the villages, you can enjoy a magnificent view of the village of Kászonfeltíz and the surrounding farms, as well as the whole of the Kászon basin.

The village consists of two main streets, one running alongside the stream and the other parallel to it. On the eastern side, along the street, are a series of narrow plots, beyond which are the fields belonging to each of the households, and then the hill known as Hosszú-hegy (“Long Hill”). Between the street and the brook, a more natural arrangement can be discerned, with small connecting streets to the other main street. Here you can find the typical street layout, with small alleys forming the entrances to several porticos, a reminder of the division of the land. These entrances, often covered with turf, which serve only a few portals, are one of the most important elements of the settlement structure in Kászon and define its atmosphere and human scale. The same structure is beautifully visible on the other side of the stream, at the beginning of the village of Kővár.Furthermore, the main street along the stream and the street sections on the opposite bank have a more specific street pattern.

The lot layout is uniform, with relatively narrow plots. Houses are set back a few metres from the street frontage, consistently positioned on one side of the plot, with the back of the house facing north and the porch facing south. The end of the plot is enclosed by a transverse barn, separated from the land, in some places forming a whole row wall. The outbuildings run along the length of the plot on either side. Where the fold layout is predominant, large areas are divided into small internal streets, mostly of irregular shape. These vary greatly in size, ranging from the very small to the blatantly large. The layout of the plots is determined by the orientation of the dwelling by day, with a varied layout of the farmyard and buildings.