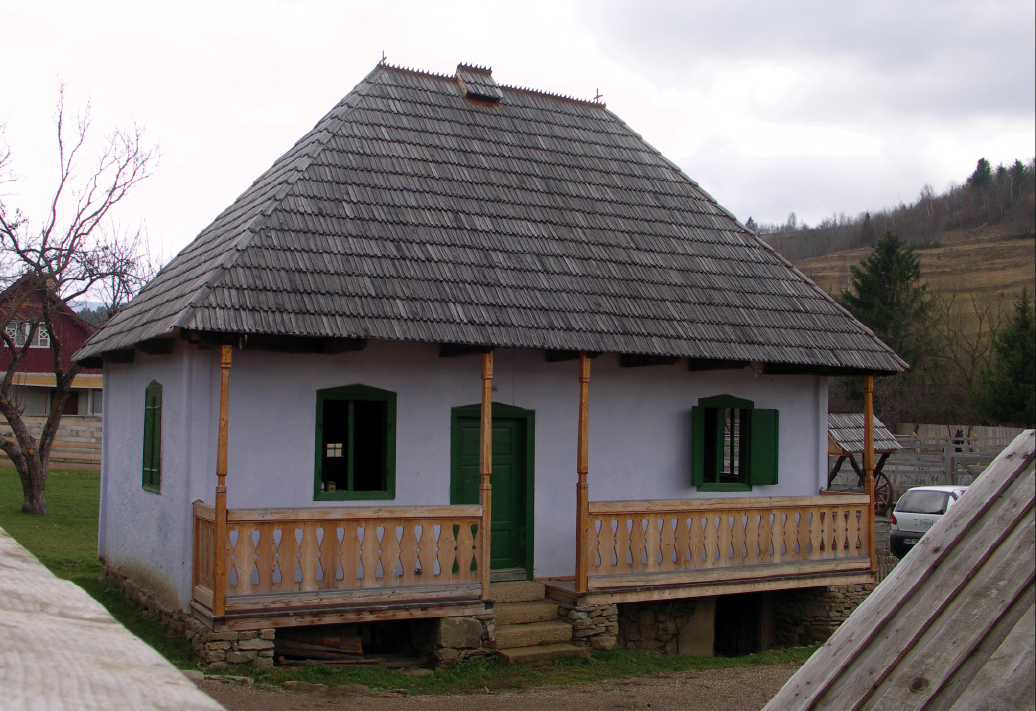 Kászon is situated between Csík and Kézdi, in the smallest basin of the Csík Hills. The surrounding landscape is typical, with little arable land, orchards, flowery meadows, extensive pastures and endless forests. The hillsides show signs of terraced cultivation from times long past, with barren ridges overlooking the distance. It is no wonder that the old roads did not run along the valley, but along the ridges, and that traces of them can still be seen today, although sometimes they are used only by wild animals.

The lowest of the villages in the valley of the Kászon stream is called Iacobeni (Kászonjakabfalva). Old maps show how the slightly separate villages have grown together over time to form the present village. The names of the village parts are still used today.

The structure of the village shows traces of the former fold layout. In some places it is clearly visible how the larger plots have been fragmented by inheritance, creating small cul-de-sacs, with the inhabitants mostly related to the present day. The layout of the plots is determined by economic activity, with the dwelling house and the barn mostly enclosing the courtyard, the barn often leading directly out into the field, and the gate separating the household from the street.